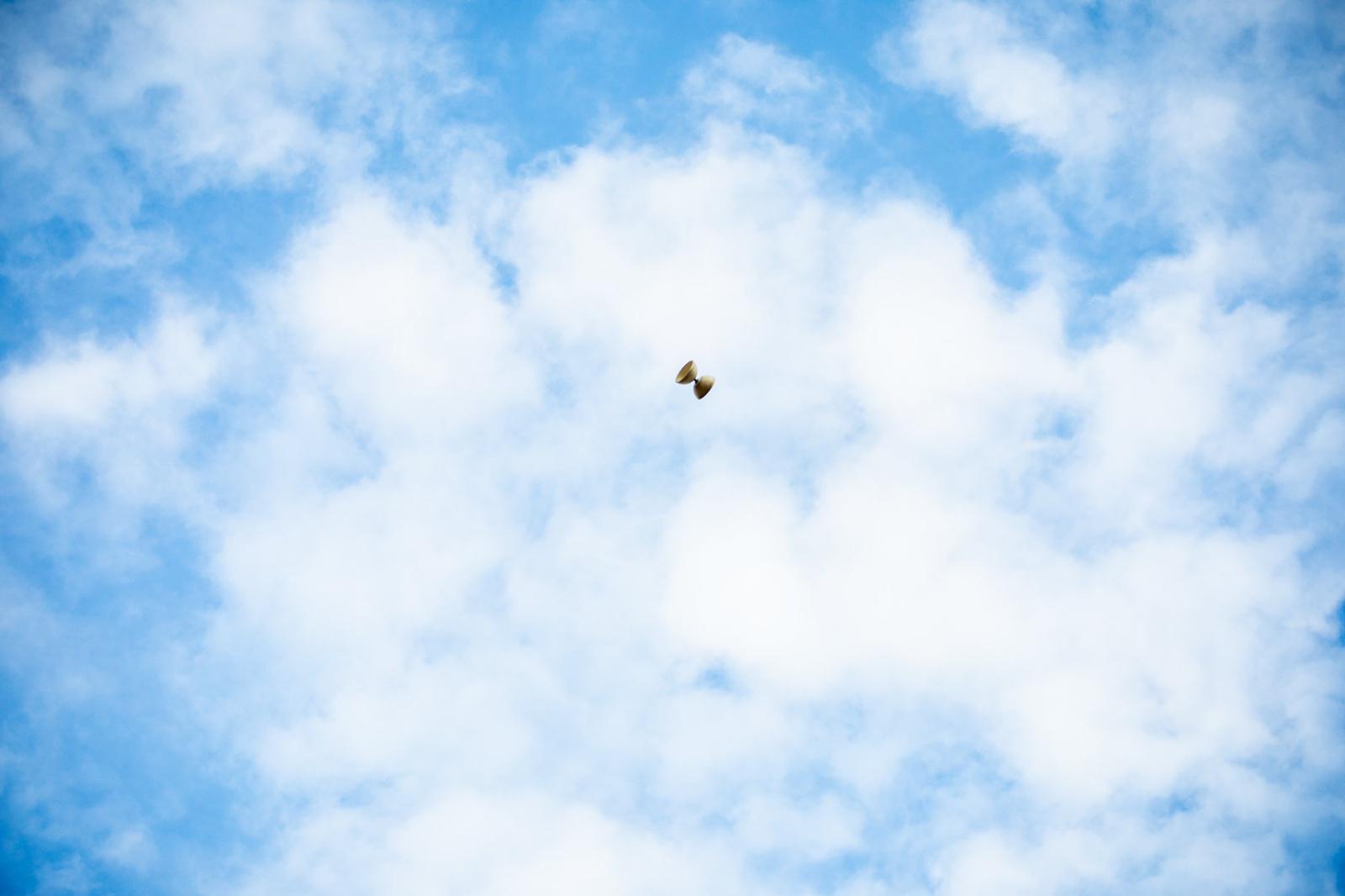 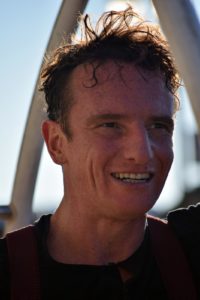 Simone Riccio is doing contemporary circus and physical theatre since in 1998.

Involve with arts since childhood works as photographer, following the steps of his father, and as director of photographer, graduating with distinction at N.U.C.T, new university cinema&TV in Rome.

In the year 2001, when his movies career was really successful he realize that “running  away with the circus” could be a completer form of performing arts and life style.

His professional approach with the circus starts in fact immediately.

Two circus school in Europe, Carampa Escuela de Circo, in Spain, Circus Space, now know as N.C.C.A national centre of circus arts, in UK he specialize him self in German wheel, acro-balance and juggling. The German Wheel’s skill defines him as professional circus artist, especially in UK and in Italy where he is now a referent point for this discipline.

In the past 20 years he perform in most of the continents, countless countries, and had the privilege to work with world-known theatre&circus companies, creating and performing his own shows. Directing and choreographing several circus and dance acts for solo-artist

Particular dear cooperation is touring four years in Europe and Canada and performing with Nofitstate circus with “Tabu” and “Labyrinth”, where he could take part since the creative process till the end of it generating a great relationship with the company.

Nofitstate Circus was also kind supporting the creation of his solo show Nothing Moves If I Don’t Push it, created in 2012. The project of this show allowed Simone to work with amazing artist, Rob Tannion (DV8, Circus du Soleil etc.), Aitor Basauri (Spy Monkey) and perform in the London International Mime Fest 2012

Since summer 2013 he is touring his awarded show UP! – “Artists of the year” at Strabilandia 2015, in street art festivals around the world

This website or the third-party tools integrated in it make use of cookies necessary for the functioning and for the achievement of the purposes described in the cookie policy. To learn more or to withdraw your consent regarding one or all cookies, please refer to the cookie policy. You declare that you accept the use of cookies by closing or hiding this banner, continuing to browse this page, clicking a link or button or continuing to browse in any other way. Read more
Accept
Change Settings
Cookie Box Settings
Cookie Box Settings

Decide which cookies you want to allow. You can change these settings at any time. However, this can result in some functions no longer being available. For information on deleting the cookies, please consult your browser’s help function. Learn more about the cookies we use.

With the slider, you can enable or disable different types of cookies:

Save & Close
Scroll to top